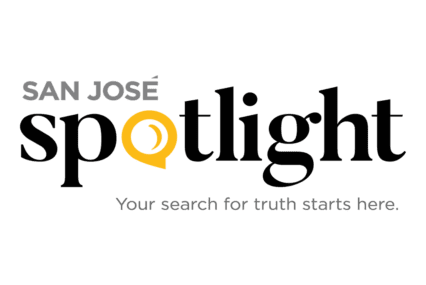 Kamei brings 30 years of experience in local politics from having served on Morgan Hill’s Planning Commission and Valley Water board to most recently sitting on the Santa Clara County Board of Education.

“I have a lot to offer in terms of my proven experience,” Kamei told San José Spotlight. “My diversity of interests and experience is rather broad, so I bring a very balanced approach to decision making.”

If elected, Kamei will represent West San Jose between Cupertino and Saratoga. She would replace San Jose Vice Mayor Chappie Jones, who terms out this year.

Jones and state Assemblymember Evan Low are a few of her early endorsers, Kamei said. She filed papers to run on Wednesday and is in the process of building her campaign.

Kamei said the biggest issues in District 1 are public health, public safety and overall improvement of quality of life. These challenges include housing, homelessness, economic resiliency and transportation. If elected, she wants to find ways to create more open space in District 1.

“Rosemary Kamei is a committed public servant with decades of experience fighting on behalf of our community,” Low told San José Spotlight. “We also need bold leadership and strong representation since Asian Americans currently have no voice on the City Council.”

In her last election for school board, she received endorsements from an array of local politicos, including state Assemblymember Ash Kalra, state Sen. Dave Cortese and San Jose Councilmembers Sergio Jimenez and Raul Peralez.

“If where I’ve gotten my support in the past is any indication, it’ll be a very diverse group of individuals,” Kamei said. “Not only progressives, but businesses and independents.”

She cites her ability to bring opposing voices together to collaborate and find solution-based resolutions as her strength.

Terry Christensen, a retired San Jose State University political science professor, said it’s not so much Kamei’s political leanings that could help her win the seat, but rather her work in different facets of local government.

“I think she’s instantly the leading contender just by virtue of having been elected to these different seats,” Christensen told San José Spotlight. “She’s extremely well connected in the community and the larger political community as well.”

He said what District 1 voters will likely care most about is a candidate’s stance on issues such as SB 9, which requires cities to allow residential parcels zoned for single-family homes to be subdivided for multiple units.

“They really want to retain the current nature of their neighborhoods as single-family housing,” Christensen said. “They don’t want to be next to a high-rise. They don’t want anything that adds to traffic.”

Kamei represents Santa Clara County as a delegate to the California School Boards Association and sits on the board of directors of the California County Boards of Education. Kamei also serves as president for the Baker West Neighborhood Association.

California’s primary election will be held on June 7.